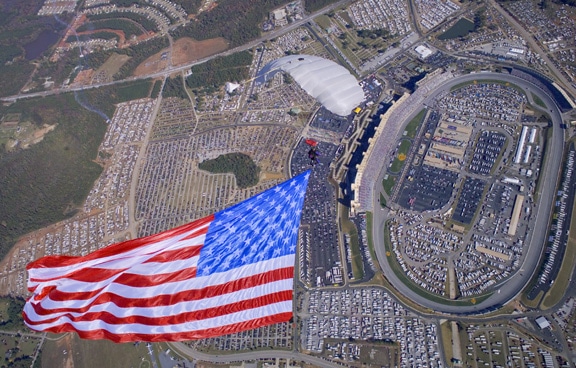 At the start of each race, Team Fastrax™ will be performing their fan-favorite aerial display with their 2,000 sq. ft. American Flag, Homestead-Miami Speedway flag, and Ford flag. The spectacle will be shown on the screen with help from the team’s live air-to-ground video.

“We are honored to be performing our patriotic American flag skydive during such an exciting weekend at Homestead-Miami Speedway,” commented John Hart, owner of Start Skydiving, and Founder of Team Fastrax™. “These championship races will be tough because these racers are the best of the best.”

For more information on the race or to purchase tickets, visit the Homestead-Miami Speedway website.