The Night Pyrotechnic Skydive is our most popular show. It consists of several highly trained and specially licensed Team Fastrax™ demonstrators exiting the aircraft 6,000 feet above the earth. Brilliant white or multi-colored projectile pyrotechnics are then ignited and flown in formation, creating a dazzling display for spectators on the ground. We also have shows where we launch more than 120 one inch projectiles per jumper, putting on a spectacular display. The pyrotechnics are ignited continuously for the duration of the 5 minute show and extinguish right before the jumpers safely land in the target area.

Even more breathtaking is when Team Fastrax™ performs our High-Altitude Freefall Pyrotechnic Skydive Starburst Show! Resembling a falling meteorite, four or more highly trained and specially licensed Senior Team Fastrax™ demonstrators will jump from the aircraft at 13,000 feet. They ignite their pyrotechnics immediately after exit. Spectators will see a flaming fireball leaving a 1,000-foot trail. The jumpers freefall for 20 seconds at more than 120 miles per hour before splitting apart in a starburst formation. Once under canopy, the demonstrators will ignite even more pyrotechnics continuously until safely landing in the target area. This show normally lasts 10 minutes.

If you are looking for a show that will give you the biggest media exposure and bang for the buck, this is it. Typically, the internet will be buzzing with UFO sightings. News media will be reporting the spectacle after we jump, always mentioning our sponsor’s name.

Be sure to include our state of the art LIVE-FEED system to capture this show up close! 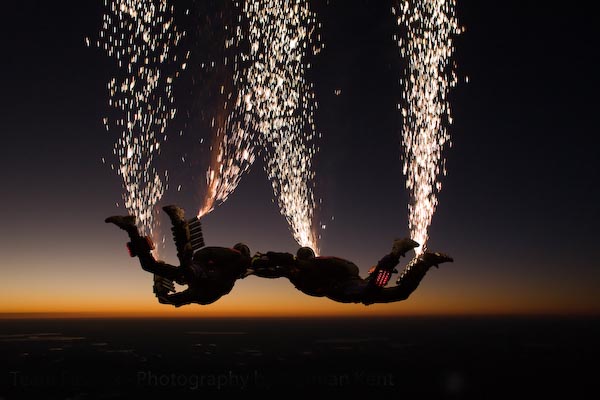 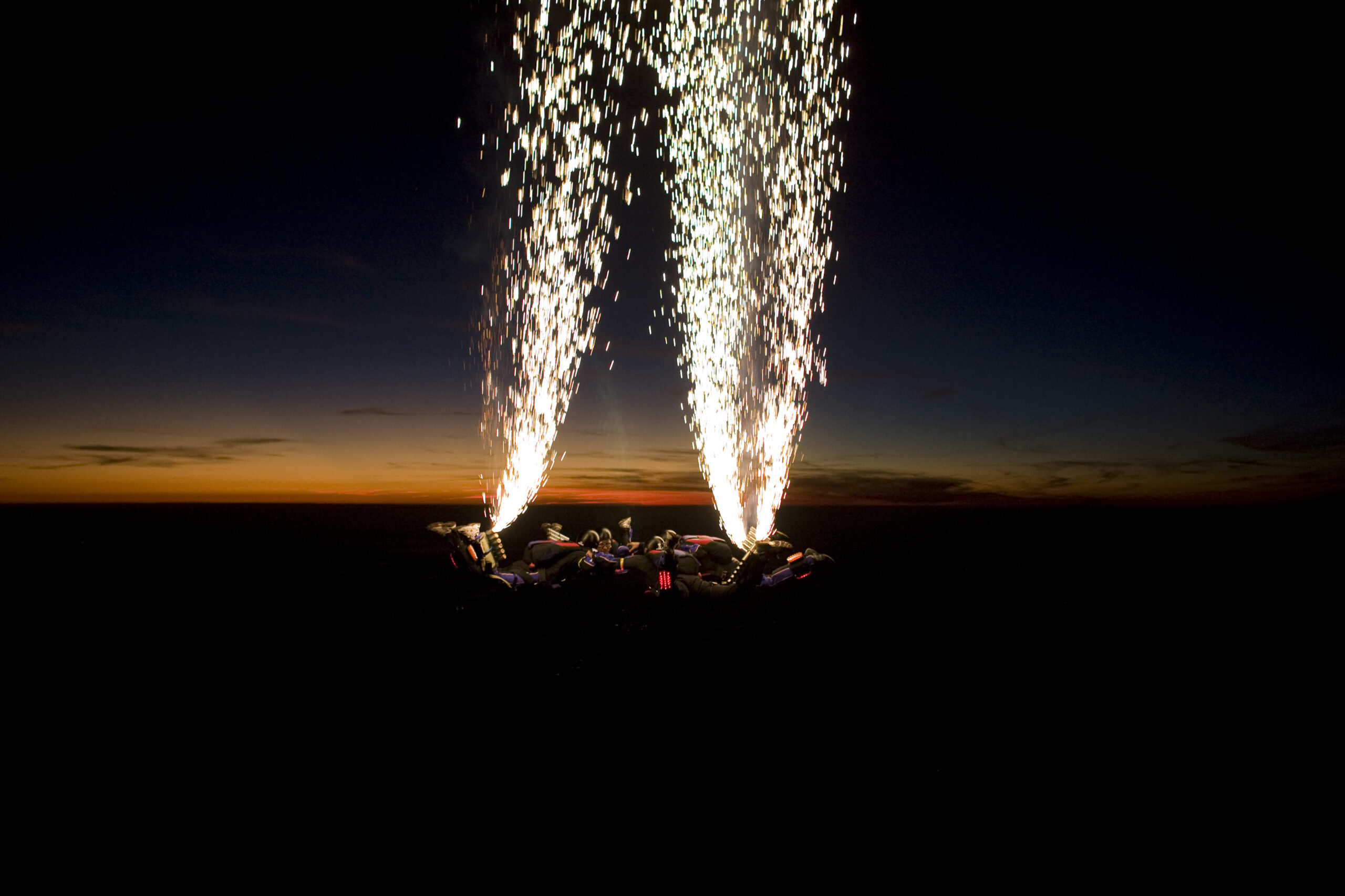 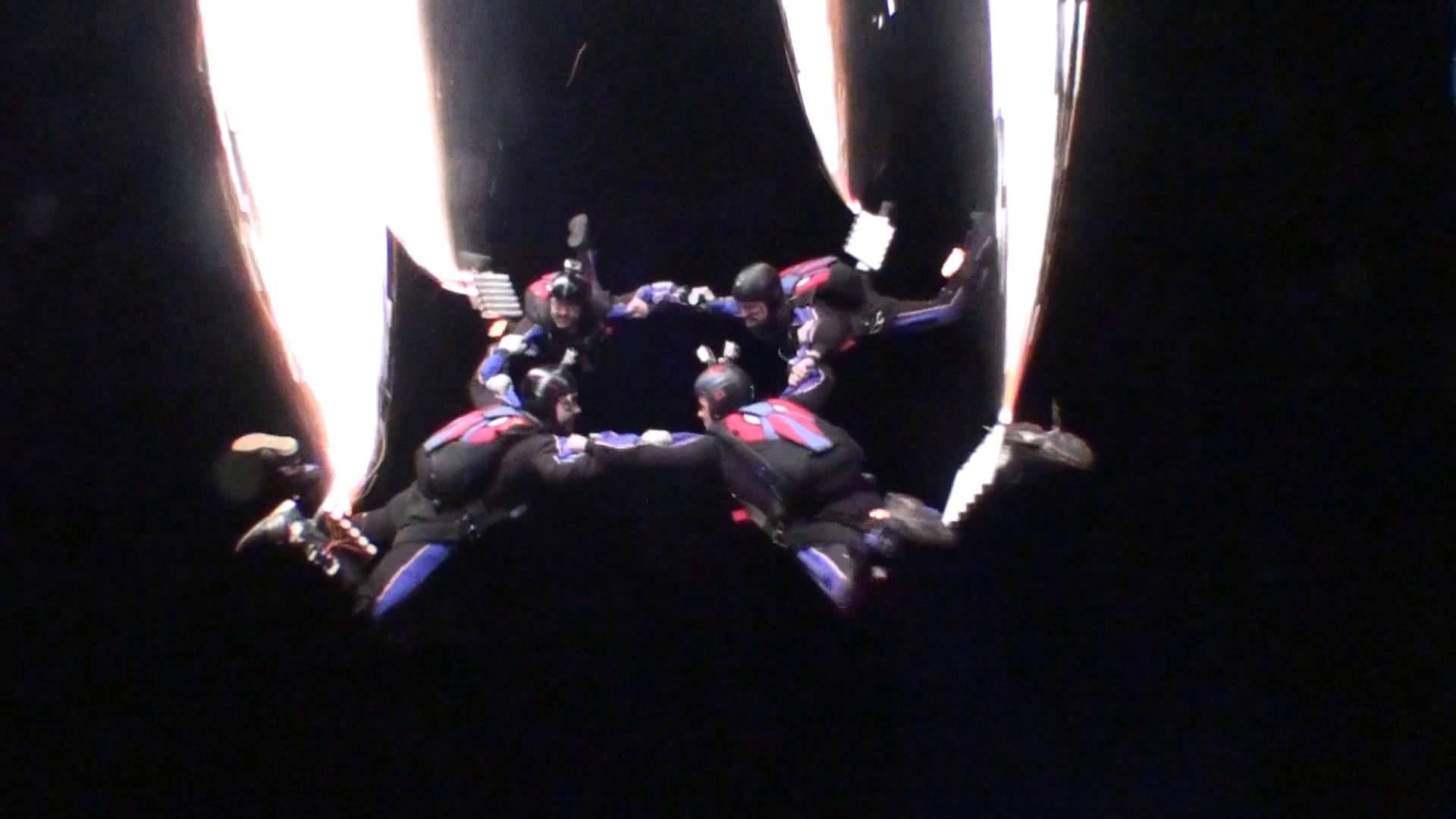 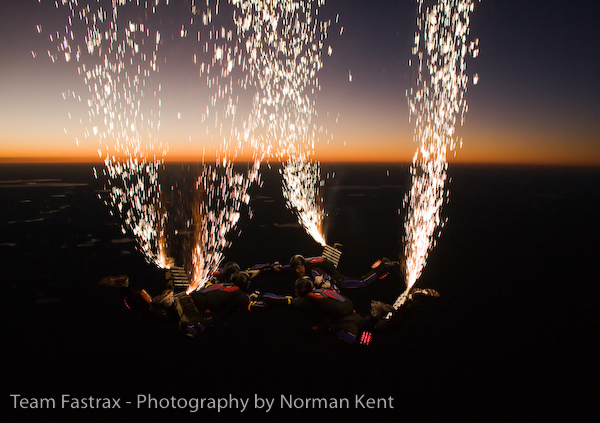 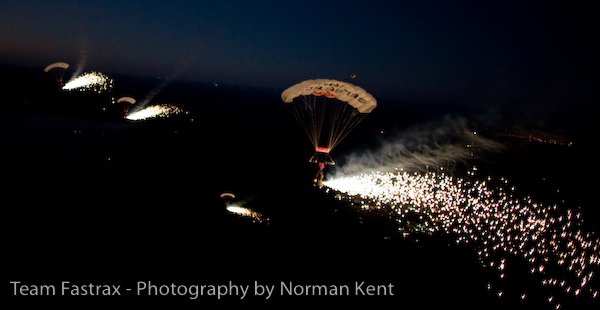 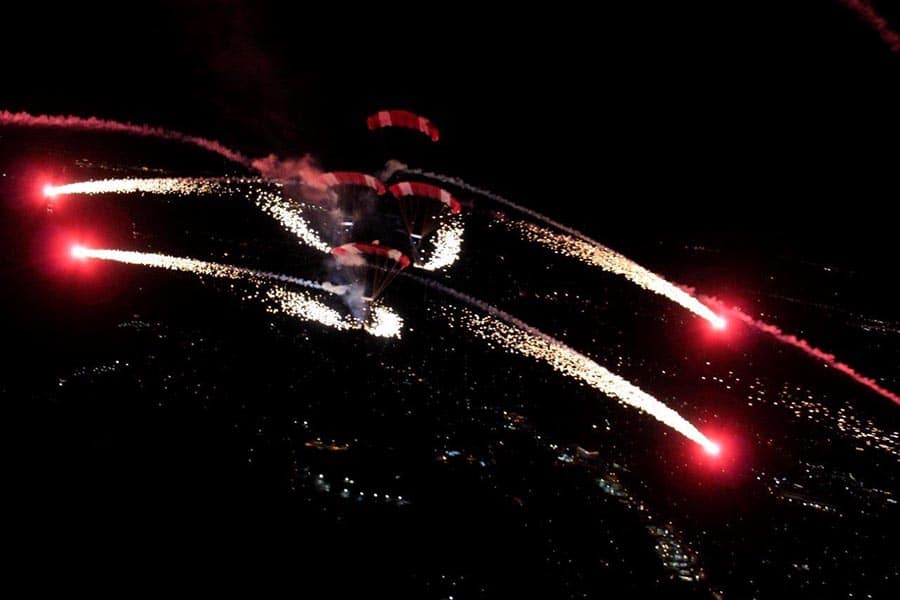 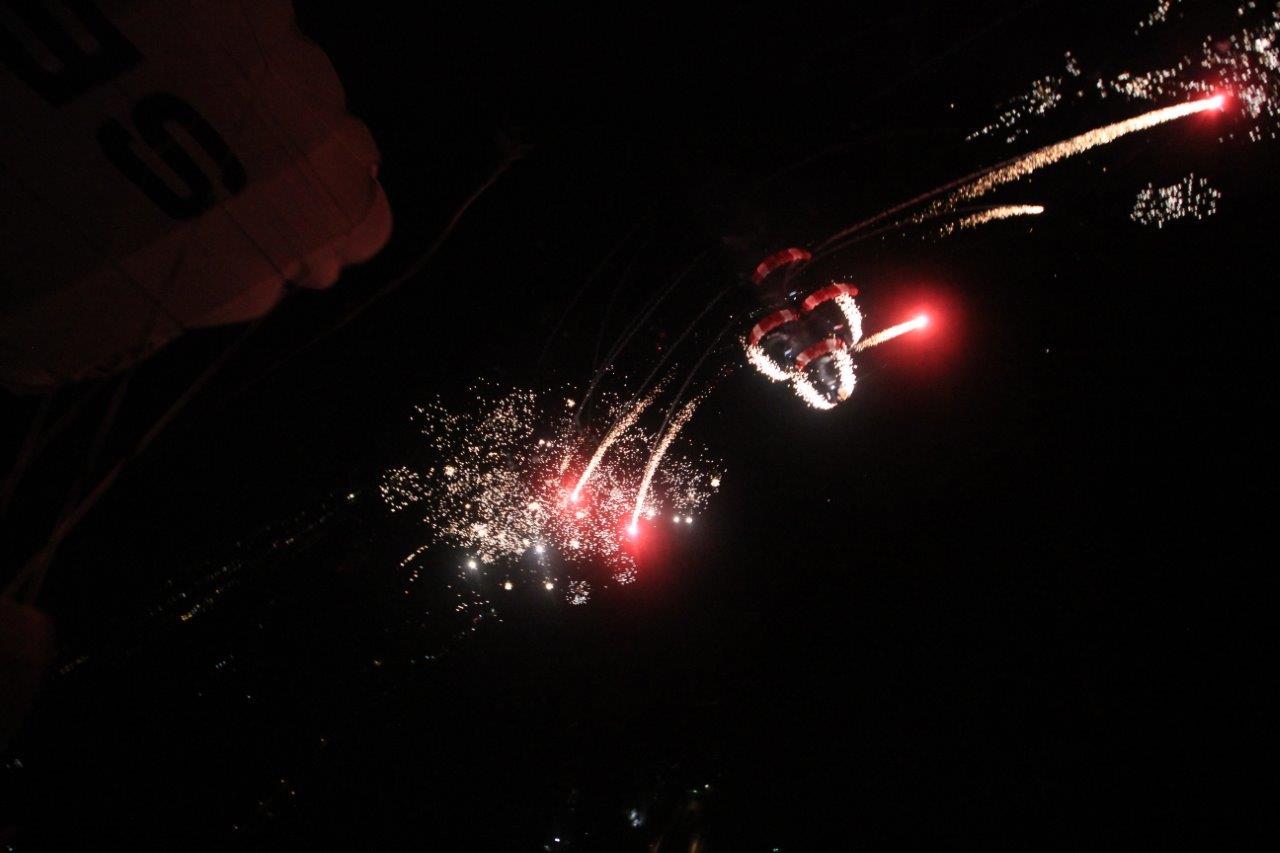 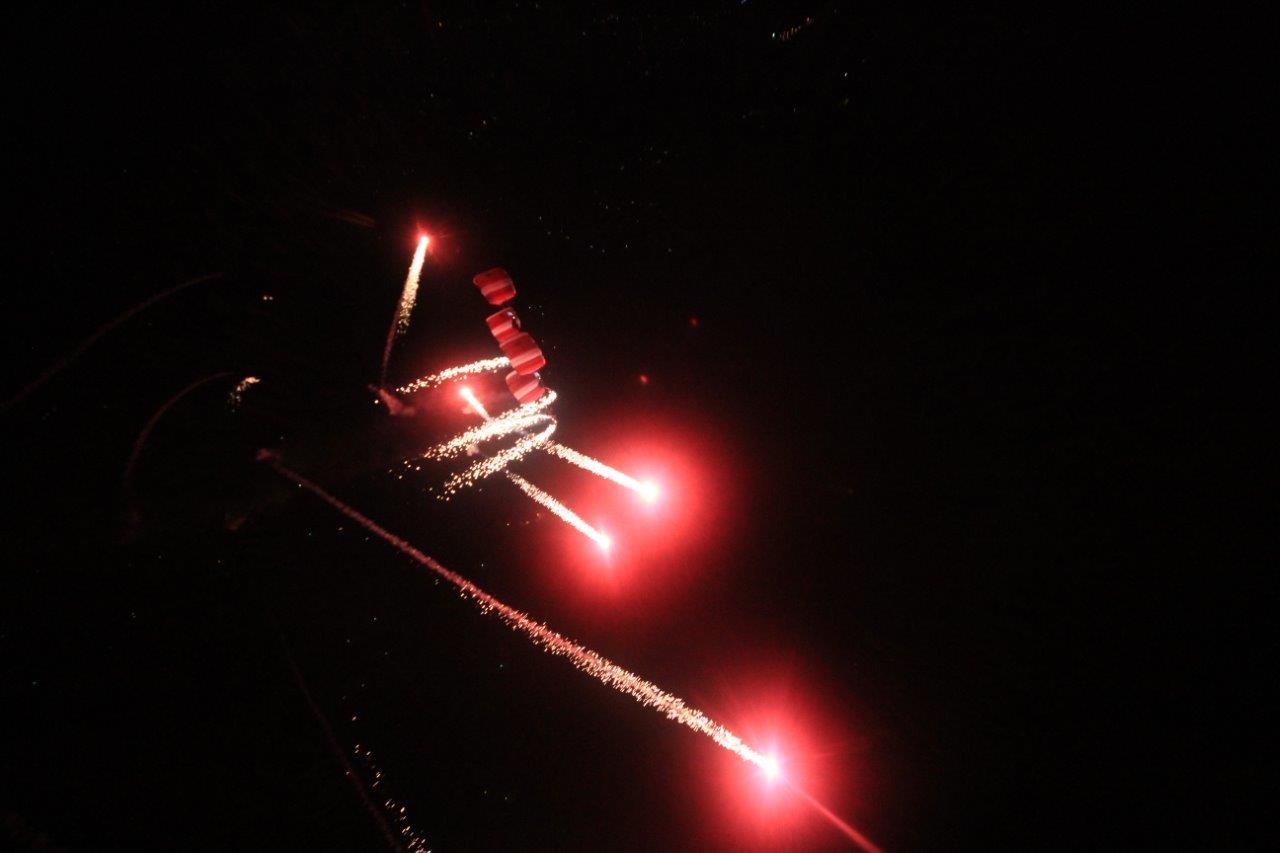 We value your privacy. We use cookies on our website to give you the most relevant experience by remembering your preferences and repeat visits. By clicking “Accept All”, you consent to the use of ALL the cookies. However, you may visit "Cookie Settings" to provide a controlled consent.
Cookie SettingsAccept All
Manage consent

This website uses cookies to improve your experience while you navigate through the website. Out of these, the cookies that are categorized as necessary are stored on your browser as they are essential for the working of basic functionalities of the website. We also use third-party cookies that help us analyze and understand how you use this website. These cookies will be stored in your browser only with your consent. You also have the option to opt-out of these cookies. But opting out of some of these cookies may affect your browsing experience.
Necessary Always Enabled
Necessary cookies are absolutely essential for the website to function properly. These cookies ensure basic functionalities and security features of the website, anonymously.
Functional
Functional cookies help to perform certain functionalities like sharing the content of the website on social media platforms, collect feedbacks, and other third-party features.
Performance
Performance cookies are used to understand and analyze the key performance indexes of the website which helps in delivering a better user experience for the visitors.
Analytics
Analytical cookies are used to understand how visitors interact with the website. These cookies help provide information on metrics the number of visitors, bounce rate, traffic source, etc.
Others
Other uncategorized cookies are those that are being analyzed and have not been classified into a category as yet.
SAVE & ACCEPT