Texas Tech University will be holding a “Lone Survivor” game on Saturday, November 9, 2013. The game will pay tribute to veterans and personnel of the United States Military. 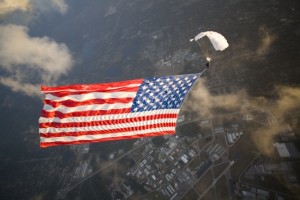 Texas Tech also states that in addition to the celebration of the Lone Survivor Foundation, they will host more than 400 Purple Heart recipients and their families from all across the nation. The gathering is expected to be the largest of Purple Heart recipients on American soil in history. These brave men and women will be honored for their service to our nation in a special ceremony that will also feature Tim Kingsbury (father of Kliff Kingsbury) and the late Guffrie Smith (father of head basketball coach Tubby Smith). Kingsbury and Smith were both awarded Purple Hearts while serving in Vietnam and World War II, respectively. Texas Tech will also host Gold Star families from the South Plains as well as guests from Cannon Air Force Base in Clovis, N.M.